Prospering in the Face of Pandemic 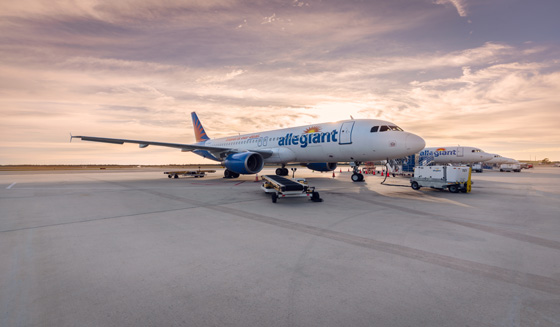 When an entire national economy crashes to a halt, ill effects are bound to reverberate. However, despite the delays of several construction projects, Charlotte County’s economic news is actually good and the forecast strong, thanks to a variety of factors which are inoculating the County from the severe effects felt elsewhere.

“We’re looking at a rebound sooner rather than later,” notes Dave Gammon, Director of Charlotte County Economic Development. “Many of our residents have certainly experienced their share of tough times, but in comparison to other communities, Charlotte County is well positioned for a strong recovery.”

Stimulus funds soften impact: First of all, like foam on a runway, funding from the CARES Act (Coronavirus Aid, Relief and Economic Security Act, passed by Congress with overwhelming bipartisan support) is preventing crash-type damages, Gammon points out. With $32 million in CARES funding, the County is well resourced to support small businesses and individuals over the coming months as the economy takes off again. Additional CARES funds totaling nearly $200 million, for the Punta Gorda Airport and for Allegiant Air, are also part of the brighter picture.

Another positive factor is the economic cushioning provided by the County’s particular demographic mix.

Lifestyles with built-in immunity: The County’s lower labor force participation rate (42%) compared to the nation’s (59%) means fewer workers percentage-wise were impacted. As a result, the County’s healthy percentage of retirees has afforded, and will continue to afford, critical economic strength and buffering, particularly given suburban lifestyles and amenities that build ease into social distancing. “While we recognize many of our citizens have experienced, and continue to experience, economic hardship, the majority of our residents no longer in the work force weathered the quarantine imposed as a result of the pandemic as more of an inconvenience than an economic threat,” Gammon says.

Another County advantage related to lifestyle is the exceptional resilience of the U.S. leisure travel sector.

Allegiant Air still flying high: While new federal rules allowed airlines to reduce their routes by as much as 90%, Allegiant has maintained 70% of its routes, cancelling only 18%. And with $174 million in CARES funding, along with substantial tax credits, the airline, like the County, is well-positioned to weather the pandemic’s effects, especially given the strength that leisure travel has shown.

“With video conferencing so widely accessible, maybe it shouldn’t be a surprise that business air travel has been hit harder,” Gammon explains. “But you can’t zoom or skype a beautiful beach vacation.” Moreover, a “staycation” in the U.S. rather than a trip abroad will continue to hold superior appeal, further strengthening the future of Allegiant’s air operations as well as its related investments such as the Sunseeker Resort; the company promises Sunseeker construction will resume in 2021, and Gammon is confident about the construction schedule.

Airport expansion with greater support: As the Punta Gorda Airport continues its $6 million renovation and relocation of general aviation area, the airport will also have at its disposal an additional $24 million in CARES funding. The current project will free up space for development of commercial aviation, helping to kick start growth in avionics and aerospace, with flight school opportunities as well.

Traffic at the airport has grown exponentially over the last decade, with Allegiant passenger flights expanding from 129,025 in 2009 to over 1.6 million in 2019. Post-pandemic, possibilities for adding another carrier are also on the table, Gammon notes.

Breaking ground in all kinds of ways: According to Gammon, three builders will be selected over the summer for the residential construction in West Port, with model homes up and available for viewing by the beginning of next year. Next month, Arredondo Pointe is scheduled to close on its first phase in Murdock Village. “We’re very proud to be the home for this ground-breaking development,” Gammon says.

Despite COVID impacts, Cheney Brothers is continuing the $8.6 million 80,000-sq.-ft. expansion of its food service distribution operation and creating innovations like new packaging to accommodate a higher level of restaurant takeout business.

Growing from the ground up: In early June, Punta Gorda was named #7 in a ranking of the nation’s top “entrepreneurial ecosystems” by the think tank Heartland Forward. According to Gammon, that’s great news both for now and for the future, as entrepreneurs are major (although sometimes unheralded) job creators; already they have brought new people and important new opportunities to the County.

“We not only offer a perfect environment for entrepreneurs,” Gammon points out, “but as a top tourist destination, we’re also in a prime position to attract them in the first place. Unlike larger companies where relocation can involve a complicated process, entrepreneurs can move easily, and as we’ve seen time and time again with new small businesses, owners and staff can and will move quickly when they see what we have to offer.”

Gammon sees that trend accelerating in the post-lockdown era. He believes that as businesses and residents in the cramped and congested quarters of metropolitan areas in the northeast and other regions look to the future, Charlotte County’s inviting environment, strong economy and robust opportunities should prove powerfully attractive.

“You could say we’re just what the doctor ordered.”