Punta Gorda Airport Soars Past One Billion in Economic Impact 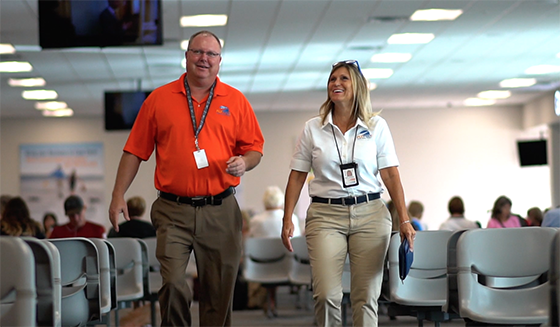 About three miles from downtown Punta Gorda, you’ll find an economic gem in our community—Punta Gorda Airport (PGD). The airport is owned by the Charlotte County Airport Authority but doesn’t take a dime of taxpayer money to fund operations. It’s managed like a business, with the vision of a 20-year Master Plan to chart the course. Florida Department of Transportation (FDOT) data has ranked PGD as the second fastest-growing airport in Florida, and #2 in lowest average one-way fares.

The FDOT study had more big news. PGD is responsible for 12,392 jobs in the region. “This is an outstanding success story that our entire community can take pride in,” added Pam Seay, board chair of Charlotte County Airport Authority (CCAA), which manages the airport. “PGD is a leading economic engine for Southwest Florida.” Punta Gorda Airport concluded a record-breaking month for traffic in March 2019, serving over 221,000 passengers. That’s an increase of nearly 15% over March 2018, which was also a record-breaking month.

While much of the airport’s success is tied to its strong partnership with Allegiant Airlines, PGD is seeing increased demand in other areas. Nearly 90% of flights last year were general aviation, including air taxis, medical transport, cargo, flight training, and military operations. Most of the airport’s commercial hangars are leased and there is a waiting list for T-hangars. Fueled by this growth, CCAA recently updated its Master Plan to allow for expansion of commercial air service operations.